In this Treasure Hunt game, the agent tries to find the optimal path to the treasure in an 8×8 maze. The function below applies deep Q-learning to train the agent to navigate the maze and find the treasure. 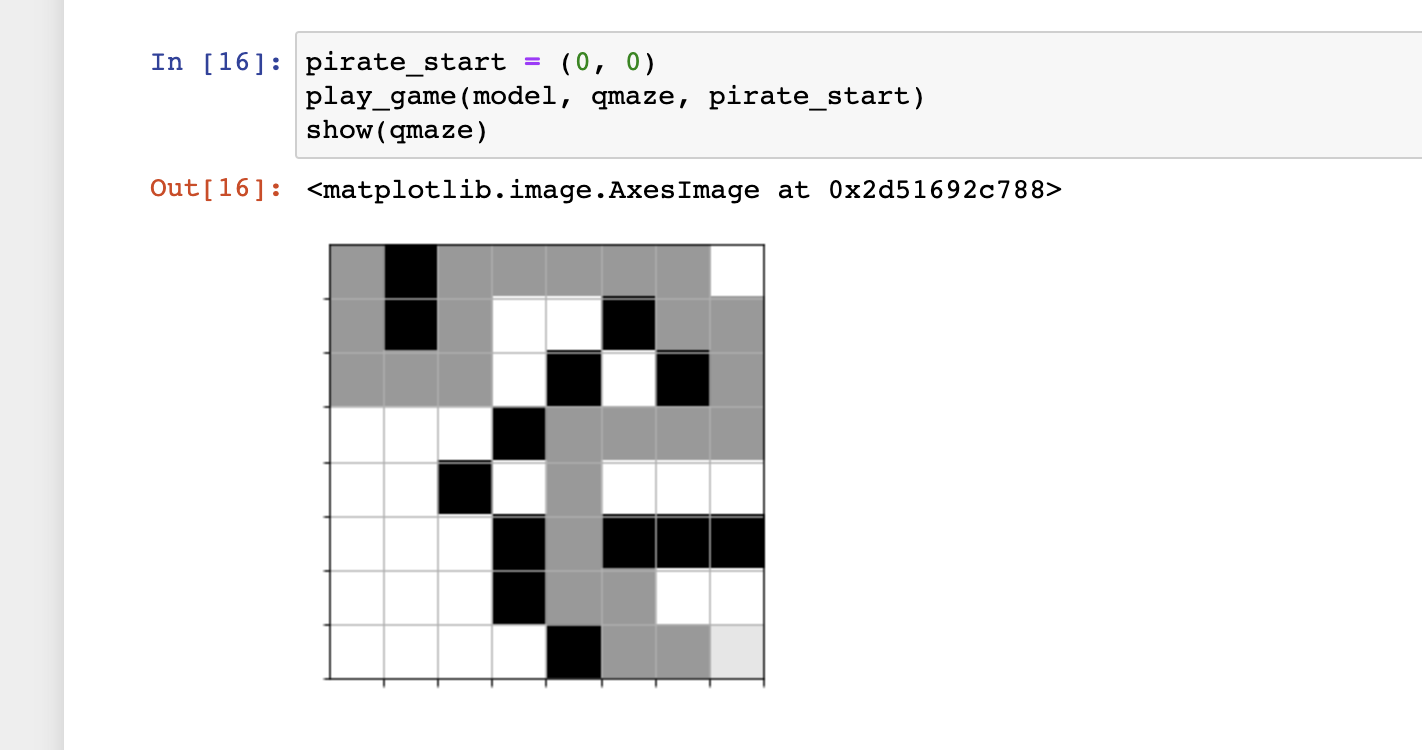 This code is part of a larger codebase. If you have access to the full codebase, you can replace your qtrain() function with this one for experimenting. 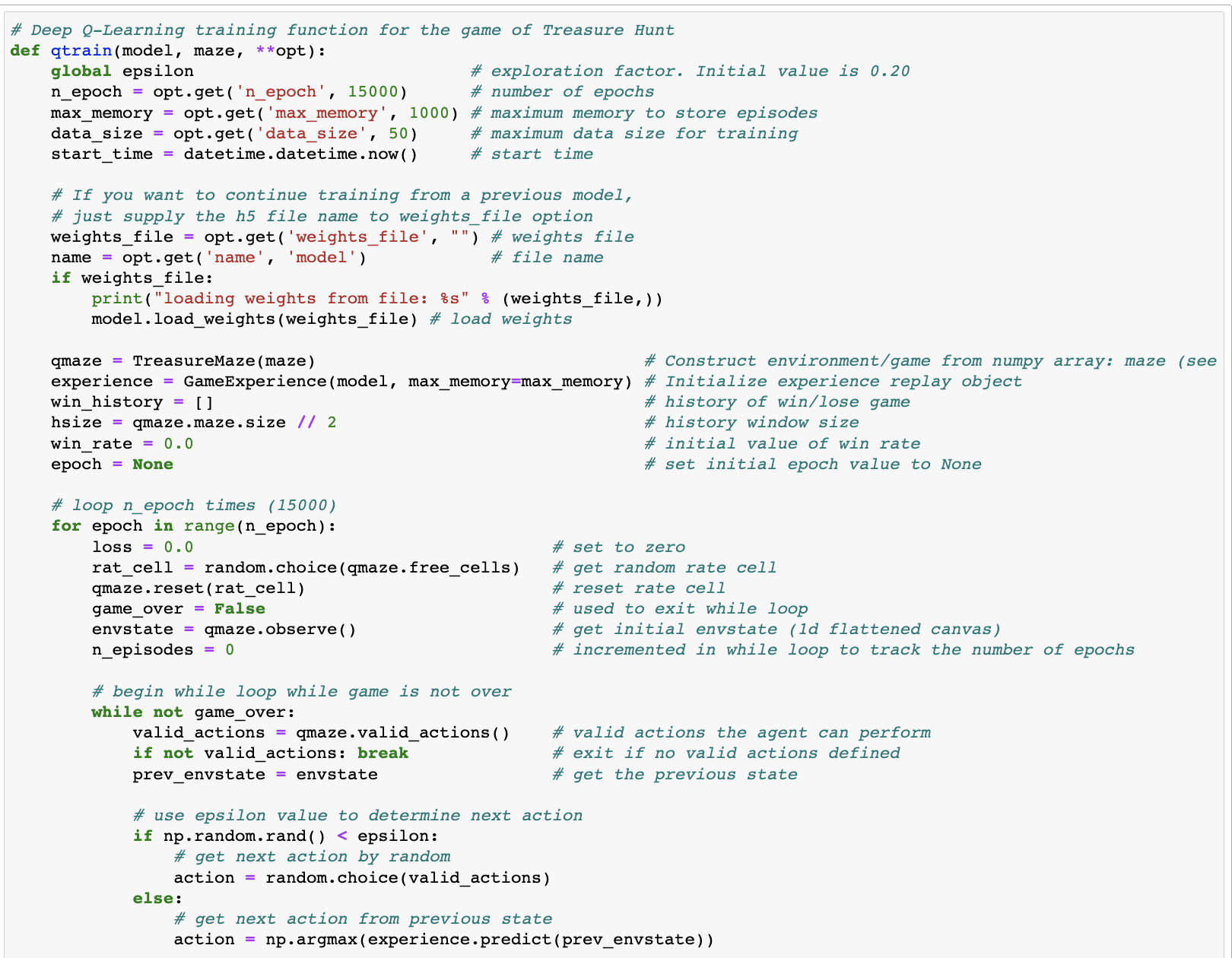 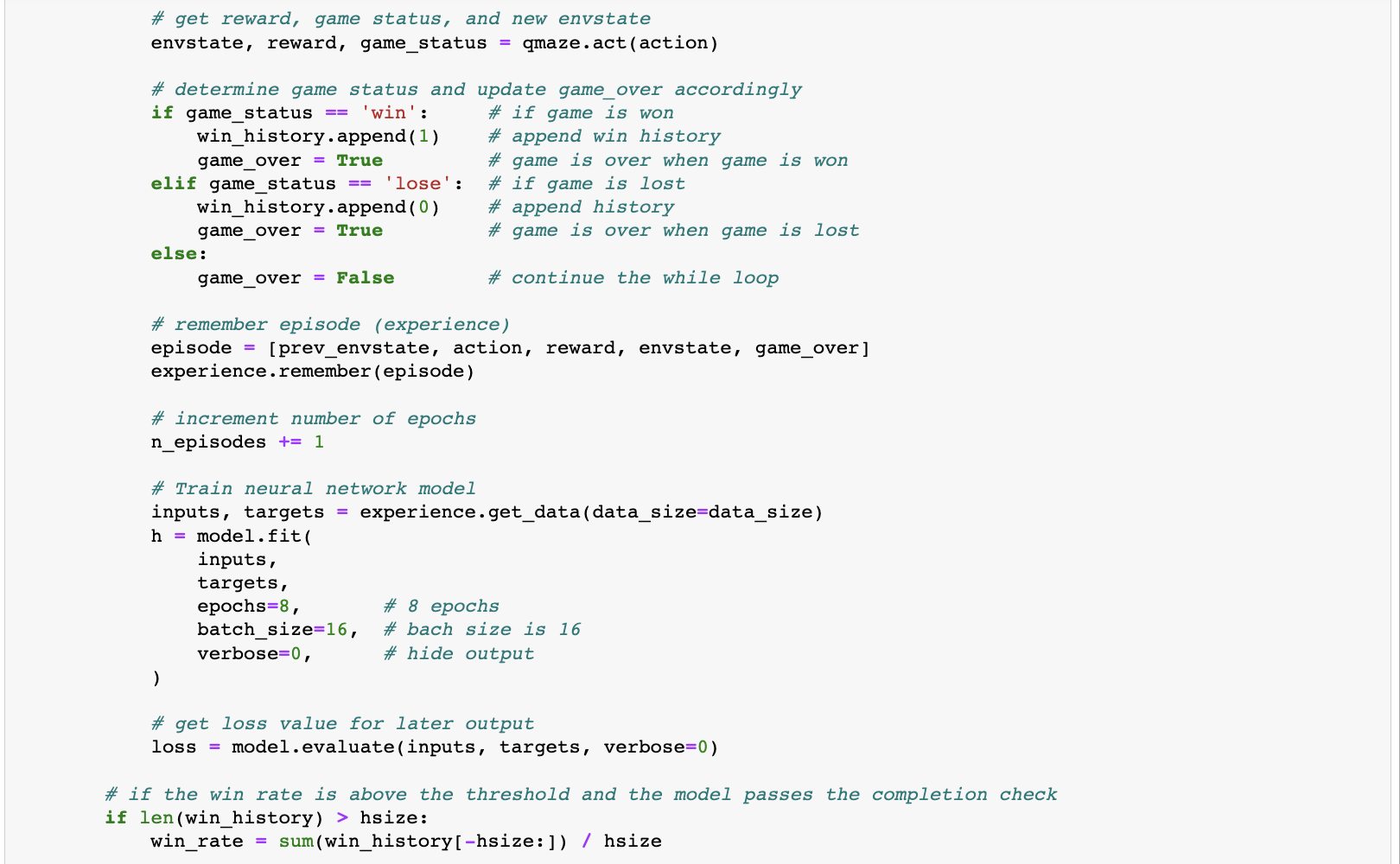 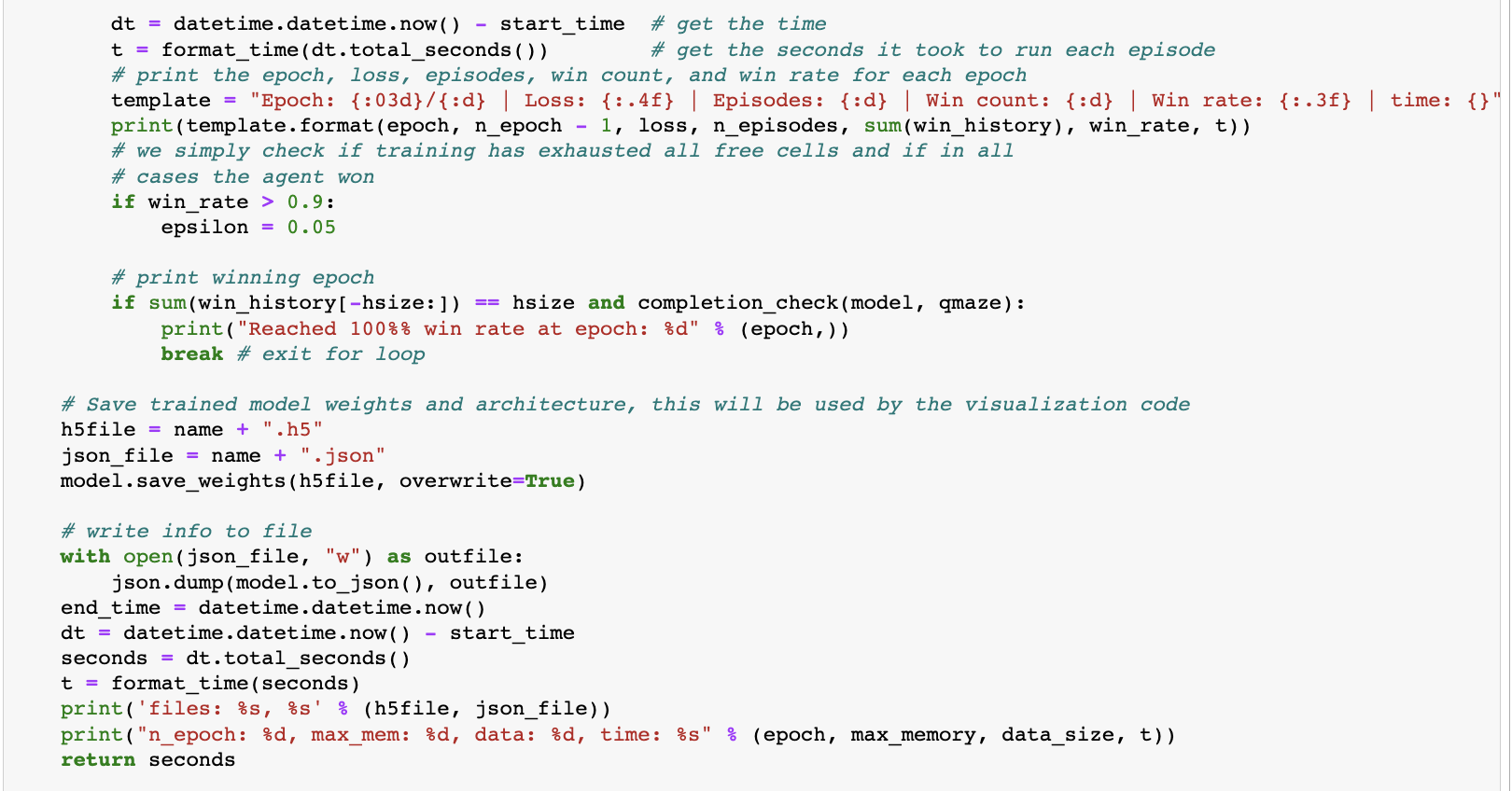 The following image captures the results of the qtrain() function. The agent begins playing the game by making random moves and eventually begins to exploit past experiences to increase its winning streak. The game ended when the agent received a 100% win rate at epoch 87.

SNHU
SNHU CS-230 Operating Platforms is Not a Course You Will EnjoyMAT 230 Discrete Mathematics—What to ExpectCS-320 What to include in Contact.java ContactService.java ContactTest.java and ContactServiceTest.javaEclipse error running Module2.1 review and mitigation planRecommend an Appropriate Encryption Algorithm Cipher to Deploy Given Artemis Financial’s NeedsSolution for "TypeError: 'Collection' object is not callable" when using the insert command in PymongoExplain the role and value of the services provided by a certificate authority (CA)The difference between human and machine approaches to solving the Treasure Hunt gameEmerging Trend in AI: AlphaFold potential benefits, limitations, and ethical implicationsSimple linear regression: Predicting the total number of wins using average points scored